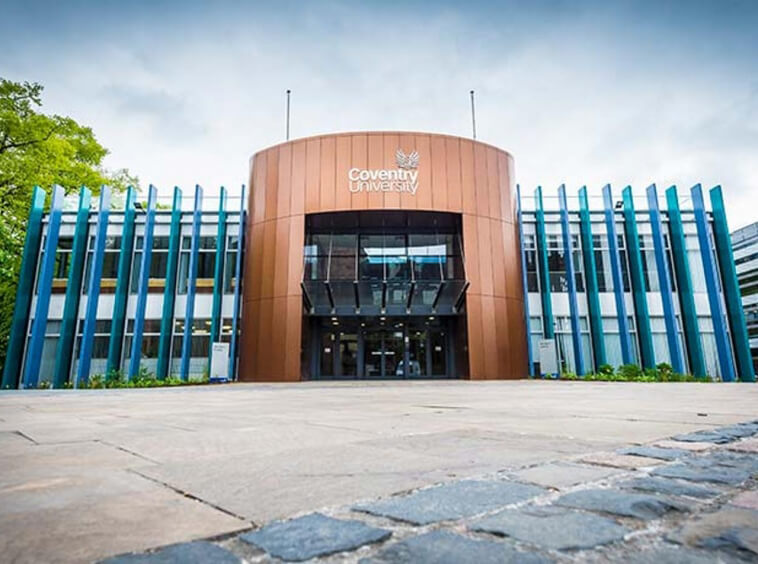 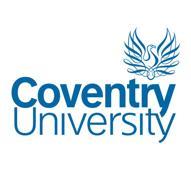 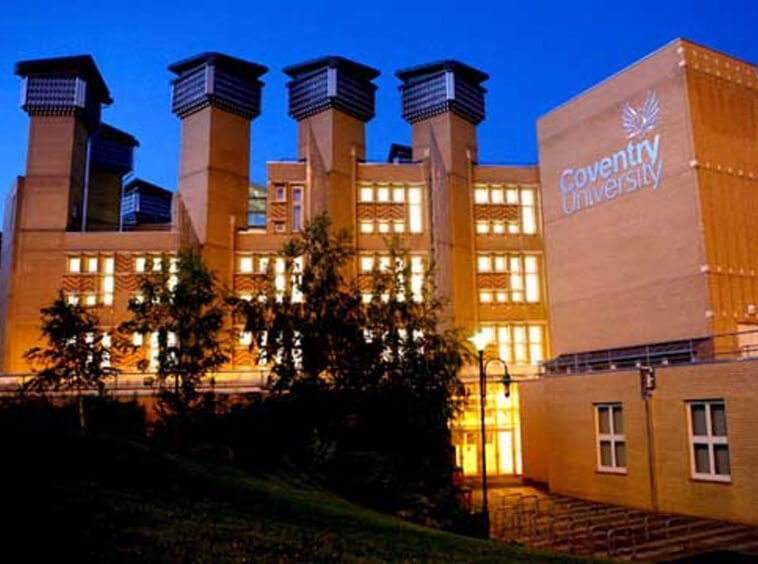 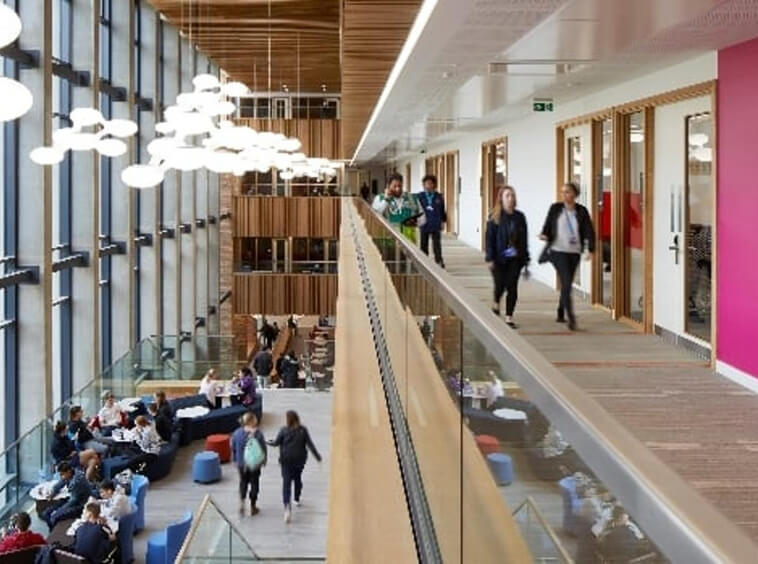 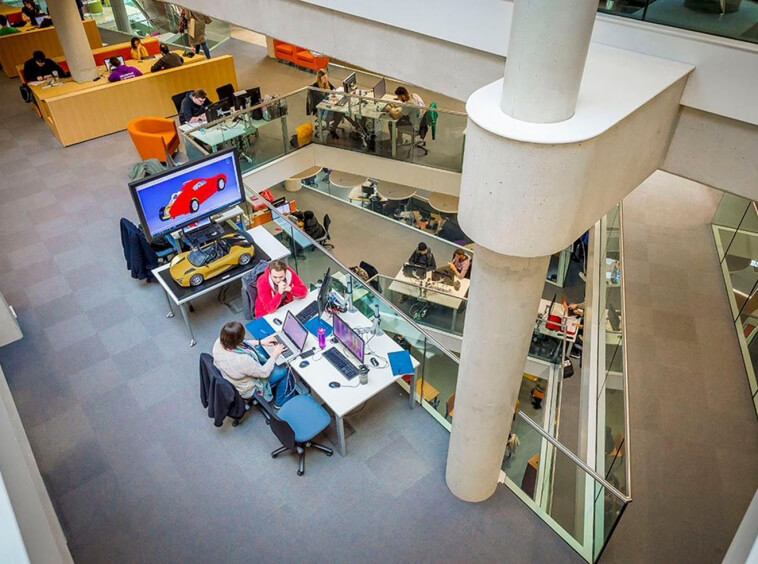 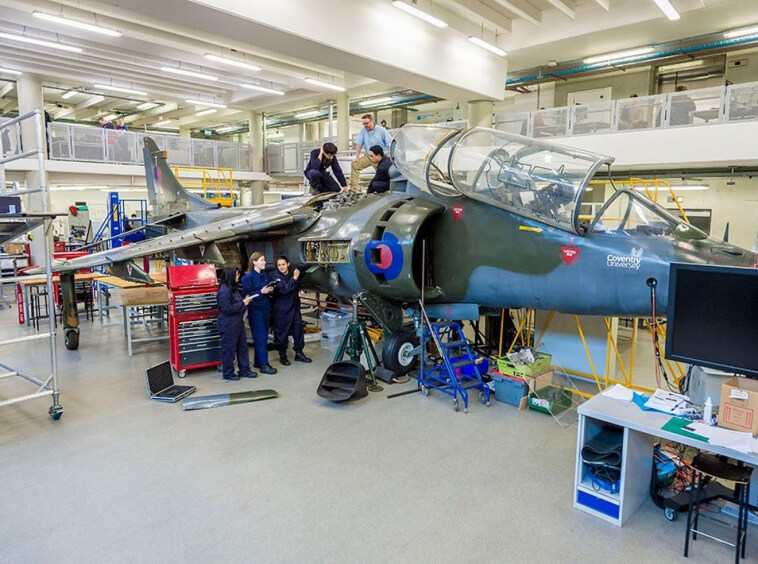 “Coventry University is a public research university in Coventry, England. The origins of Coventry University can be traced back to the founding of the Coventry School of Design in 1843. It was known as Lanchester Polytechnic from 1970 until 1987, and then as Coventry Polytechnic until the Further and Higher Education Act 1992 afforded its university status that year and the name was changed to Coventry University.
With more than 29,000 undergraduate and almost 6,000 postgraduate students in 2019, Coventry is the larger of the two universities in the city, the other being the University of Warwick. It is the UK’s fastest growing university and the country’s sixth largest overall, being the fourth largest outside of London. It has two principal campuses: one in the centre of Coventry where the majority of its operations are located, and one in Central London which focuses on business and management courses. Coventry also governs their other higher education institutions CU Coventry, CU Scarborough and CU London, all of which market themselves as an “”alternative to mainstream higher education””. Its four faculties, which are made up of schools and departments, run around 300 undergraduate and postgraduate courses. Across the university there are 11 research centres which specialise in different fields, from transport to peace studies. In 2017, the university gained a Gold in the Teaching Excellence Framework (THE). Coventry is a member of the University Alliance mission group.
“ 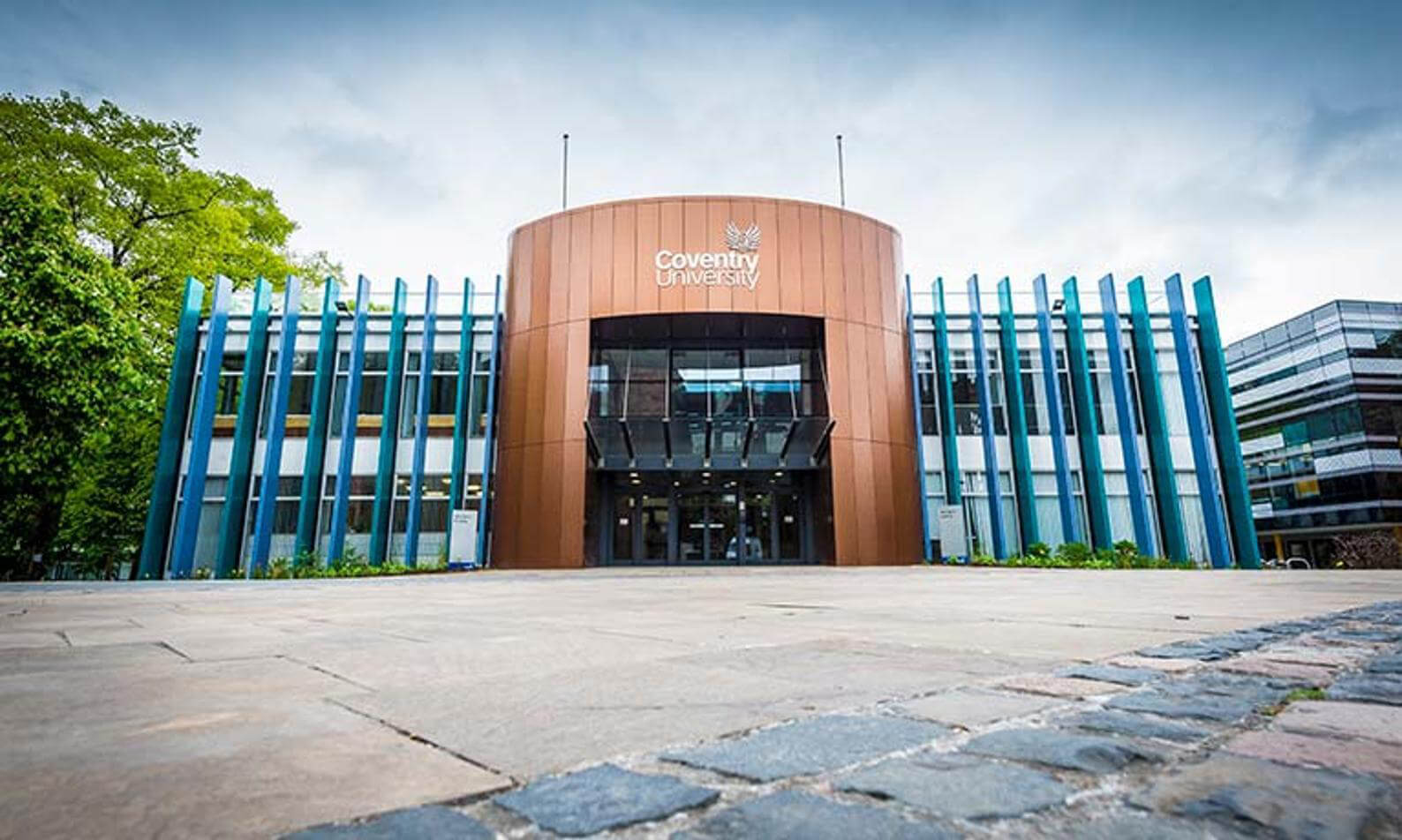 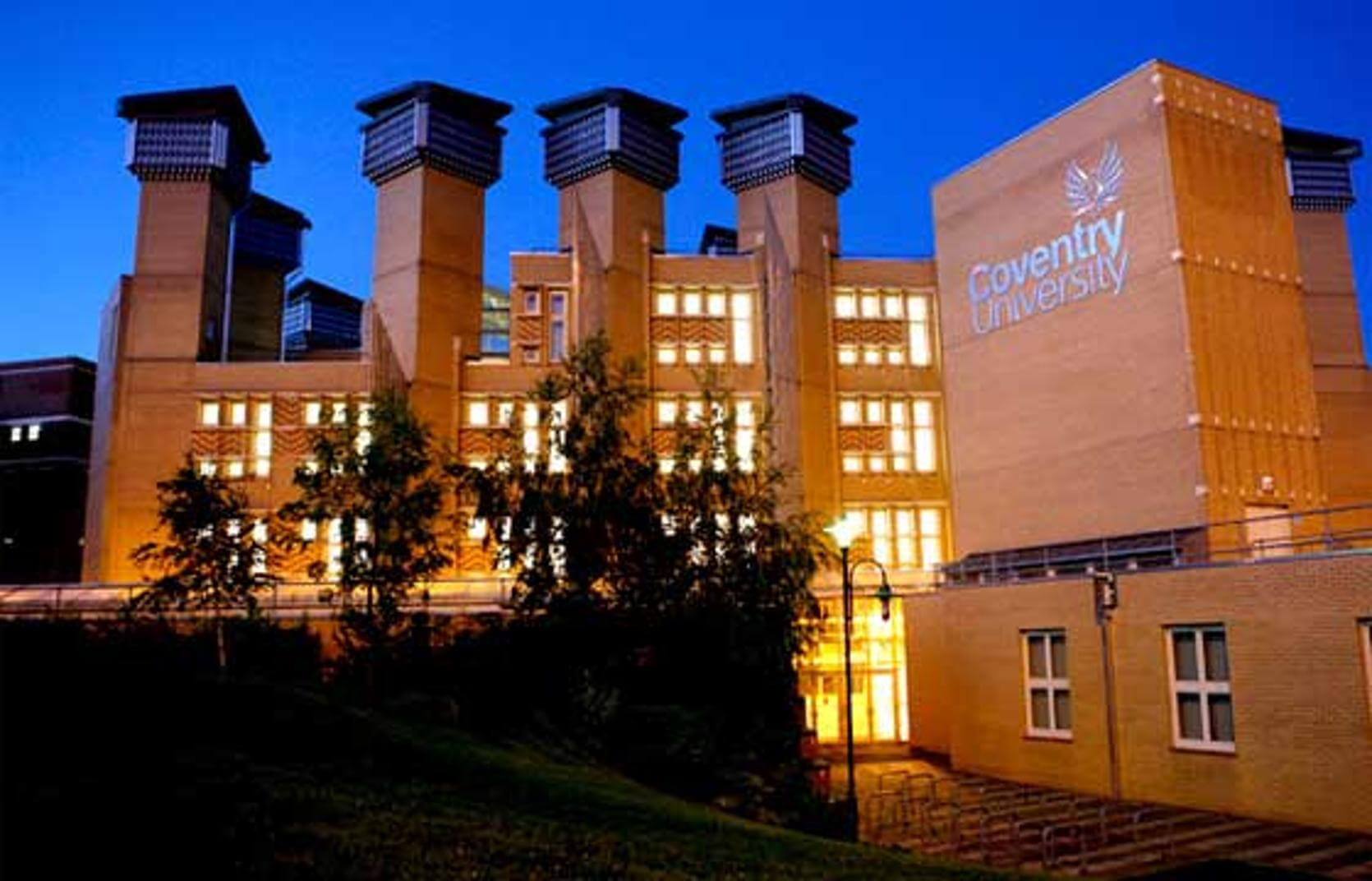 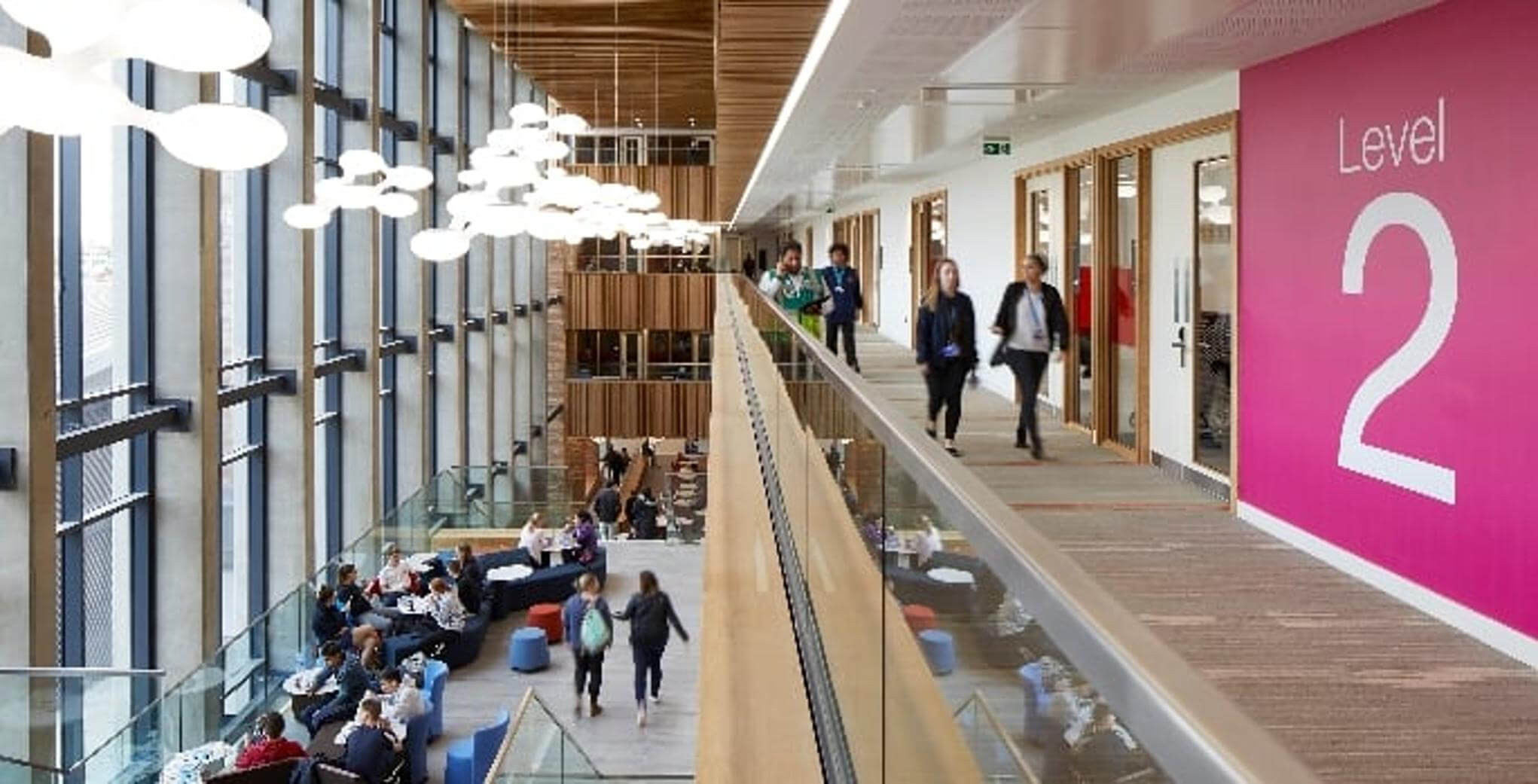 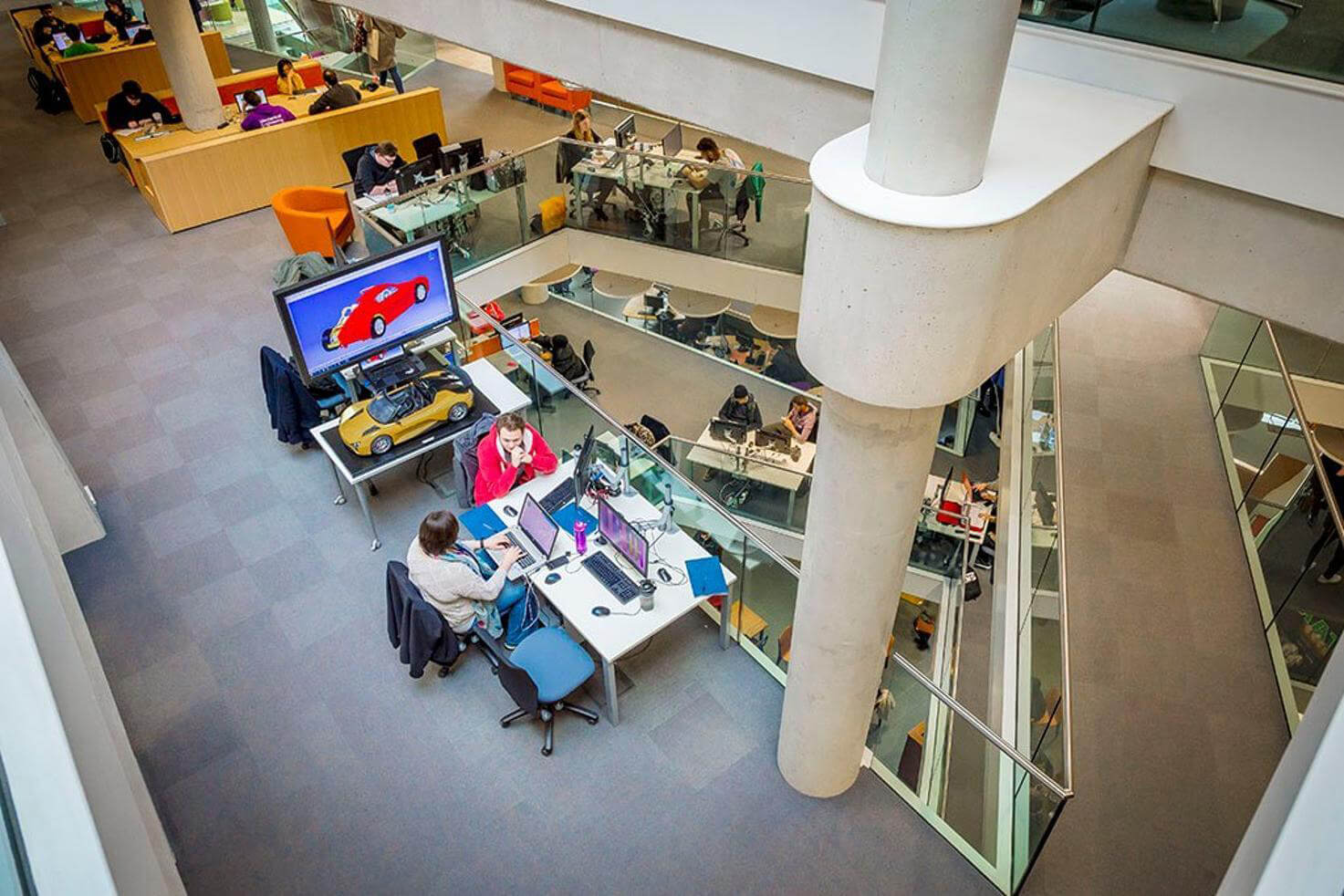 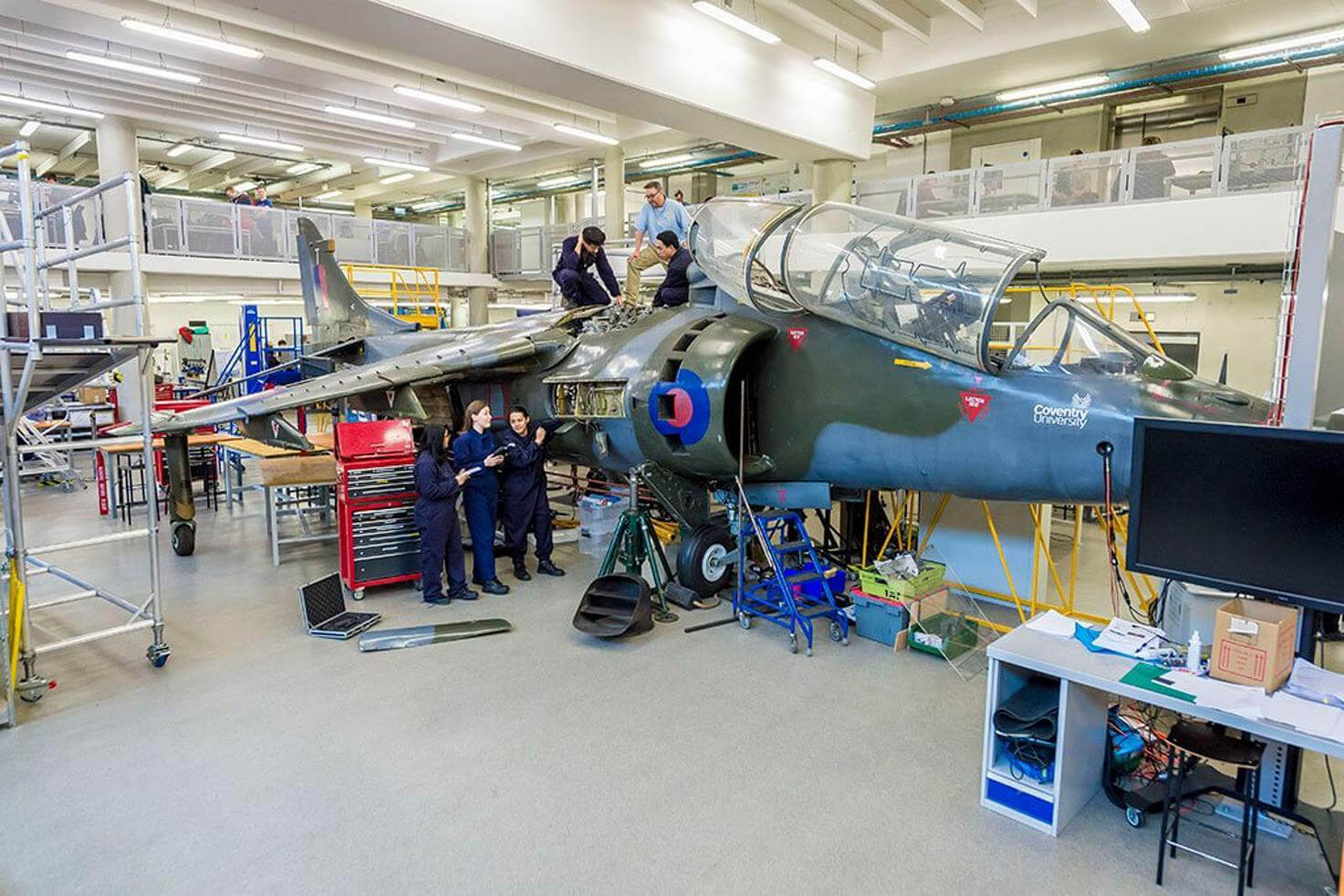